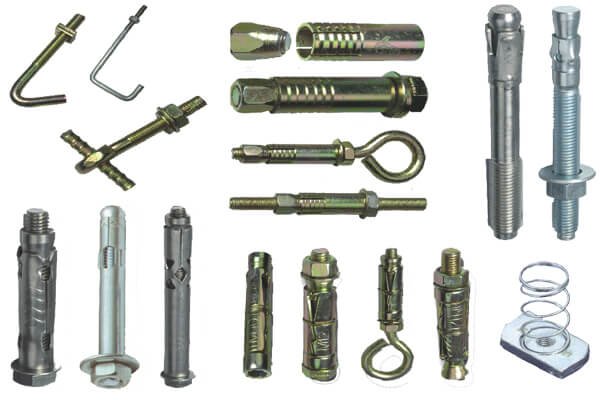 Anchor bolt fasteners are handled by PSI in a variety of ways. The quality, longevity, and strength of our products are well-known. We offer the highest quality fasteners at the most competitive prices. The following Anchor Bolt Fasteners are available from us:

The Quality that we provide with our products in second to none, we stand by our products and never let our customers down. 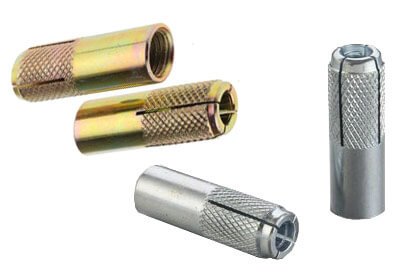 Installing drop-in anchors necessitates the use of a setting tool. Make sure you get a setting tool if you don’t already have one. 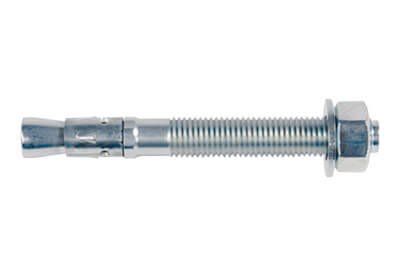 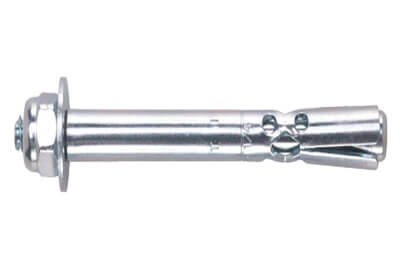 Sleeve anchors are one of the most adaptable masonry expansion anchors available, and may be utilized in a number of foundation materials, including block, brick, and concrete, according to many in the building trade and other industries. Sleeve anchors are available in a wide range of diameters, lengths, and head styles, making them a versatile fastener for both light and heavy-duty applications. They are also pre-assembled and ready to use right away.

The anchor sleeve is made out of high-quality steel parts. Each item is zinc-plated and arrives pre-assembled in an anchor that is ready to use. A threaded stud with an outwardly flared, cone-shaped end makes up the anchor. The tubular expander sleeve is forced against the cone’s small diameter after being assembled over the stud. The anchor is completed by the washer and hex nut on the stud, which works on a true expansion principle: The nut pulls the cone-shaped stud end into the expander sleeve when it is tightened. This procedure wedges the anchor into the base material and secures it.

For outdoor and wet situations, stainless steel sleeve anchors are offered. There are four different head styles for the fastener: acorn, hex, round, and flat countersunk. Double End Studs are also known as “anchor rods,” “threaded studs,” and a variety of other names.
They’re a common way to secure a structure to its foundation.
They’ve proven to be a reliable way to secure things like traffic signal poles and 100-story structures.
A Double End Stud has numerous important components.
The total length of the Double End Stud, the length of the thread on the projecting end, and the nuts and washers are the following.
In addition, an anchor plate is frequently used in this application. In the construction and engineering industries, bent anchor bolts (90 degree anchor bolts) are often used to attach objects or buildings to concrete. Anchoring structural columns, light poles, bridge rails, and signs are all common uses. Bent, or L-Shaped, Anchor Bolts (masonry anchors) come in a variety of shapes, sizes, and materials depending on the purpose, but they all include a threaded end to which an external load nut and washer can be added. When force is applied, the bent section of the bolt offers resistance, preventing the bolt from being extracted from the concrete. Anchor bolts are frequently made of all thread rods. With the help of a nut, or a nut and plate combination, they are implanted in concrete and provide pull out resistance with their fully threaded bodies. The anchor bolt specification F1554 is typically used to specify all thread rod anchor bolts in Grades 36, 55, and 105. When the anchor bolts are needed immediately, all thread rods are typically substituted for thread-each-end anchor rods. Because every thread rod is usually available off the shelf or with a quick turn-around time, it is frequently substituted for a faster lead time and lower cost, with the Engineer of Record’s consent. This is a popular application for every thread rod. When anchor bolts are required in pre-existing concrete, a hole is drilled into the concrete, which is then filled with epoxy and a piece of all thread rod is inserted. The epoxy attaches to the threads on the all thread rod, providing pullout resistance and allowing the rod to be used as an anchor bolt. A high-strength screw anchor for uncracked masonry and cracked and uncracked concrete. The Titen HD has a minimal installation torque and a high performance rating. Suitable for use in dry, non-corrosive indoor environments or in temporary outdoor applications.

For applications in corrosive or harsh situations, such as salt water, or when chemical or corrosive solutions are present, the stainless-steel Titen HD is the best choice.

Cast-in-place anchor bolts are the simplest – and strongest – type, with an embedded end consisting of a normal hexagonal head bolt and washer, 90-bend, or some sort of forged or welded flange. The latter are utilized as shear connections in concrete-steel composite structures. Anchoring machinery to poured concrete floors and buildings to their concrete foundations are examples of such applications. To attach and align cast-in-place anchors prior to concrete placement, a variety of largely temporary aids, mostly made of plastic, are developed. Furthermore, their placement must be coordinated with the reinforcing plan. There are several types of cast-in-place anchors to choose from:

The mechanical interlock, i.e. the embedded component of the anchors in concrete transfers and the applied load (axial or shear) via bearing pressure at the contact zone, is the load-transfer mechanism for all types of cast-in-place anchors. If a pure tension force is transferred at failure conditions, the level of bearing pressure can be higher than 10 times the concrete compressive strength. In masonry applications, cast-in-place anchors are used in wet mortar joints during the laying of bricks and cast blocks (CMUs).

The Double End Stud, often known as the “Anchor Rod,” is held in place in the field by a template. Before the concrete is poured, this template is utilized to hold the Double End Stud in place. It aids in the right positioning of the Stud in relation to the depth of the foundation, the necessary thread projection from the concrete, and the closeness of adjacent bolts.

The concrete is poured once the bolts have been installed. The threaded end of the stud will protrude from the concrete surface in some places. After the concrete has hardened, a constructed steel structure can be connected to the threads on the Double End Stud’s projecting end.

As the structure is loaded and the Double End Stud is dragged away from the concrete, the anchor plate’s role becomes to hold the structure together by resisting the cured concrete above it.

A specialized heat-treating procedure hardens the tip for enhanced cutting while maintaining ductility. There’s no need for a unique drill bit because it’s meant to be installed using standard-sized ANSI tolerance drill bits. Unless needed by regulation, a hex-washer head eliminates the need for a separate washer and provides a neat installation. Removable perfect for temporary anchoring (e.g., formwork, bracing) or situations where fixtures may need to be relocated. It is not suggested to reuse the anchor because it will not attain the indicated loads.